More than we see

In order to look behind the ‘essence of things’, more than perfect vision is required: amongst other things, a space which makes it possible to contemplate them from a new perspective. The 21_21 Design Sight Museum is just such a place, one which recently hosted the “thinking tools” exhibition.

The 21_21 Design Sight in Tokyo wants to sensitise the eye to all things which accompany us on a daily basis, whose creation and effect we are all too seldom aware of. The name of the museum is an indication of its brand concept: playing on the term “20/20 vision”,

which refers to ideal vision, 21_21 Design Sight wants to open up perspectives beyond the visible and thus facilitate a deeper understanding of form and composition in our material world.

The “coral” sculpture based on a design by Christoph Niemann

“thinking tools” also wants to make the every day tangible. Using a large number of original prototypes, sketches and models, the Lamy-instigated touring exhibition provides insights into the design process of writing instruments – from the first draft up to serial production. It provides information on this decidedly complex process, which involves numerous participants and where strategic marketing factors must be taken into consideration alongside creative and functional aspects.

In so doing, the exhibition highlights the highly individual strategies

and methods of the designers hired by Lamy, including international stars such as Jasper Morrison, Franco Clivio or Mario Bellini. Whilst Gerd A. Müller – the designer of the over 50-year-old design classic LAMY 2000 – worked with self-made wooden models, nowadays modern 3-D printers quite often provide the most important support in designing writing instruments. But above all, the exhibits demonstrate that at Lamy, product development is also a constant tussle: between superior design requirements and feasibility; about the perfect synthesis of form and function.


The exhibition shows artistic works that Christoph Niemann has created especially for Lamy.

As the ambiguous title implies, the “thinking tools” exhibition not only illustrates the creation process of writing instruments. It also focuses on its role as a medium; as a means of expression which connects us with our ideas, thoughts and emotions.

When we write, we put our thoughts in order and steer our creativity into more or less ordered channels. The architect who first sketches his designs on paper is aware of this, as is the author who always carries his notebook to jot down spontaneous ideas.

Reflections on the medium writing utensil: Illustrations and installations by Christoph Niemann

And Christoph Niemann, who undoubtedly uses his writing instruments on paper in a particularly virtuosic manner, is also well aware of it. The internationally sought-after illustrator is known amongst other things for his witty drawings and graphics, which can be seen on a regular basis in magazines such as “The New Yorker”, “The New York Times”, “Wired” or the “ZEIT Magazin”.

He developed a range of illustrations for the exhibition as well as three-dimensional room installations, which interpret the title “thinking tools” in both an original and surprising way.

The idea of a writing instrument as a thinking tool and ‘transporter of ideas’ is consolidated here in a vivid way – like in the form of an installation which allows a fountain pen to merge together with a funnel.

Innumerable threads emerging from the ceiling are bundled together in this funnel: like thoughts which ultimately result in an idea.

“Writing instruments in the museum: that may surprise some people”, says Naoto Fukasawa. The designer of the LAMY noto, launched in 2008, is a co-founder and one of three directors of the 21_21 Design Sight. “When we visit an exhibition, we expect to discover something which lies beyond our everyday horizon. But writing instruments are close and familiar to us: most of us hold one in our hand every day.

But even though they are so close to us – or perhaps because of this – it is worth observing these seemingly commonplace objects from a new perspective.“

15 grams, 14 centimetres. One should not allow oneself to be deceived by this slight apparition: ...

Blue and more: In the realm of ink

“A drop of ink may make a million think,” as Lord Byron knew.

A conversation with Naoto Fukawasa

The LAMY safari is a timelessly modern pen for the young – and the young at heart – and is in a class of its own. It created a stir during its market launch at the beginning of the eighties with its avant-garde design and its prominent, spring-loaded clip.

The unobtrusive design of this ballpoint pen is immaculate in its presentation. The innovative contoured triangular shape is specifically designed for comfort and correct positioning of the fingers, preventing hand fatigue during lengthy writing sessions. 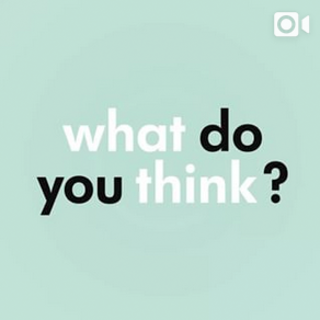 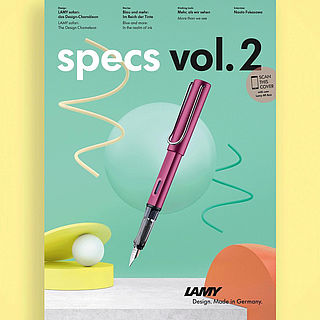 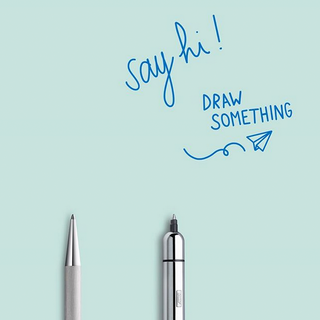 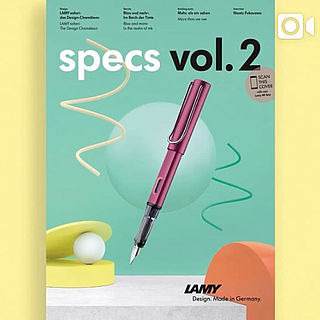 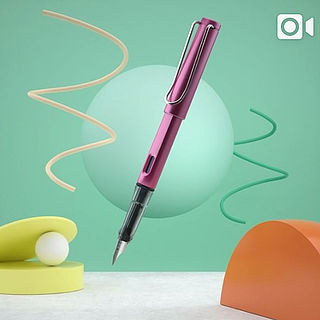 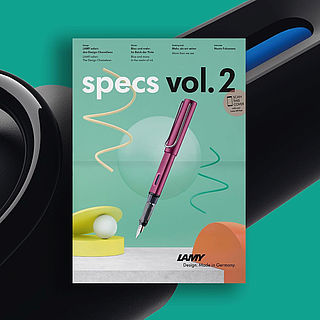 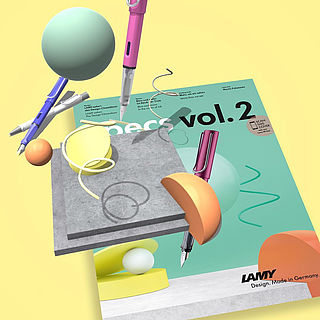 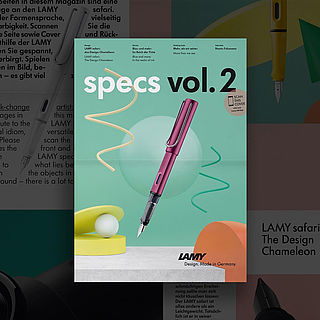